2022-09-09T11:52:00
Spain
The "EURIBOR Cartel" litigation has arisen as a result of the sanctioning decisions that the European Commission 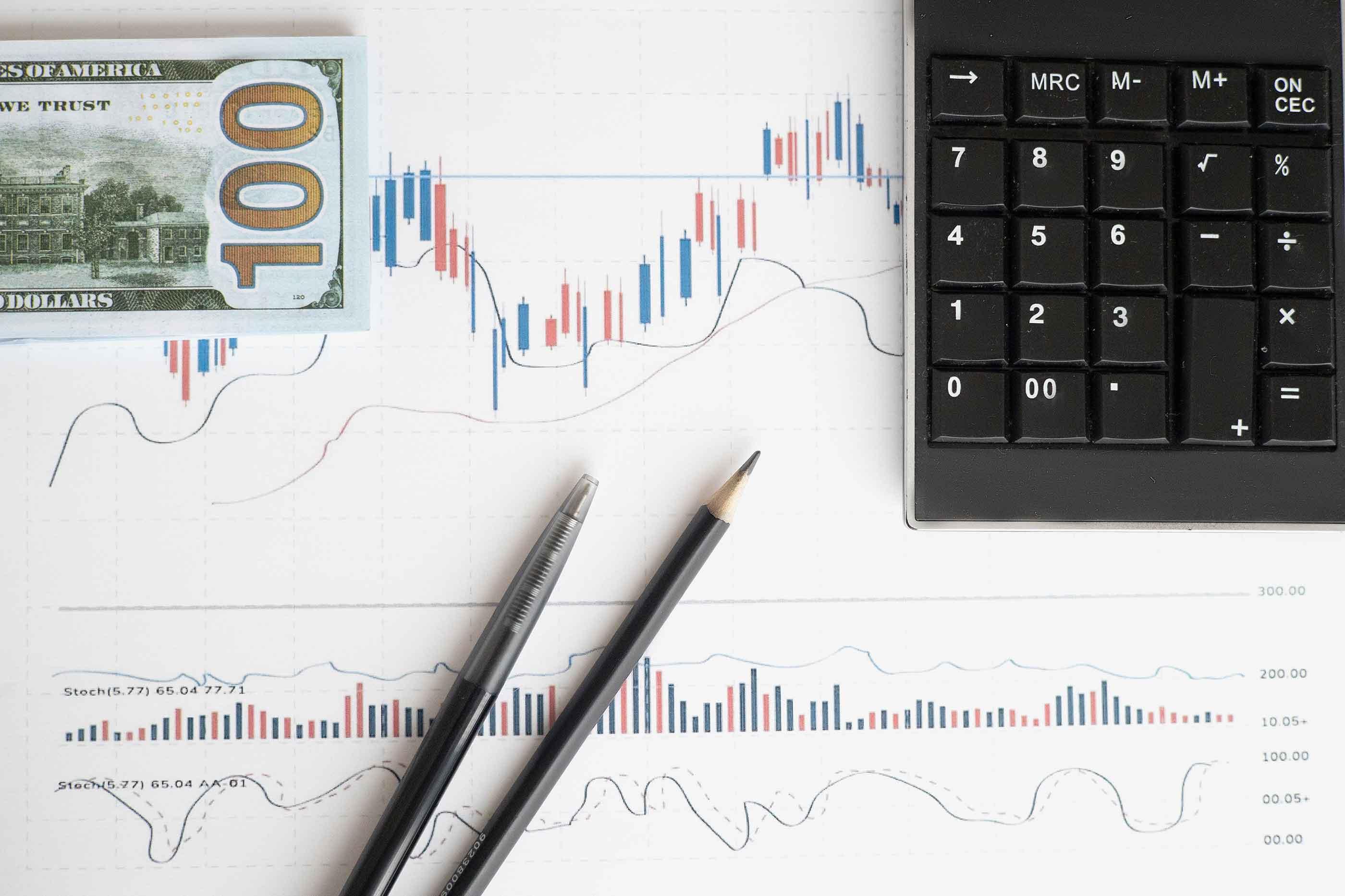 The "EURIBOR Cartel" litigation has arisen as a result of the sanctioning decisions that the European Commission adopted in Case AT.39914 - Euro interest rate derivatives for a single and continuous infringement of Article 101 of the Treaty on the Functioning of the European Union (TFEU) and Article 53 of the Agreement establishing the European Economic Area, which involved restricting or distorting competition in the sector of euro interest rate derivatives linked to the Euro Interbank Offered Rate (EURIBOR) or the Euro Over-night Index Average (EONIA) between approximately 2005 and 2008, according to the European Commission.

The EURIBOR (Euro Interbank Offered Rate) is an index published each business day which is based on the quotes each panel bank provides of the rates at which they believe an hypothetical bank would lend funds to another bank within the euro area. The index is calculated by averaging the interest rates offered daily by the European banks that make up the panel after eliminating the highest and lowest 15% of quotations.

Following the publication of the above-mentioned sanctioning decisions, and even before, there have been numerous legal proceedings in Spain, resulting in judgments of various kinds.

The main reason for this is that the actions brought by the plaintiffs themselves have also been diverse. In essence, there are two main groups of actions brought by claimants allegedly harmed, in one way or another, by the EURIBOR Cartel.

In relation to the first group of actions, most of the claims have been dismissed. A large number of second instance rulings have already been handed down in this regard. We highlight, for example, judgement number 347/2018 of the Seville Provincial Court (Section 5), of June 12, which dismissed the invalidity of a clause of this type on the grounds that the effective impact of the conduct sanctioned by the European Commission in determining the EURIBOR has not been demonstrated. Otherwise, it would make it possible to approve an erroneous calculation to the detriment of the plaintiff/borrower and, therefore, justify its invalidity. Ruling number 83/2021 of the Valladolid Provincial Court (Section 1), of June 8, is based precisely on the previous ruling and reaches the same conclusion. Ruling number 650/2019 of the Malaga Provincial Court (Section 6), of July 9, also adds that the request for invalidity of this type of clause is not the appropriate channel for recovering the damages that may have resulted from the conduct sanctioned by the European Commission. In similar terms, judgment number 288/2016 of the Palma de Mallorca Provincial Court (Section 5), of October 13, states that "it is necessary to differentiate between the events that motivated the sanctions imposed by the European Commission, for manipulating the EURIBOR, and the alleged invalidity of the clause that takes it as a reference to determine the interest rate since, it is insisted, (i) a reference rate does not alter the balance of the benefits, (ii) the investigation carried out by the European Commission into the infringements of the Community antitrust rules by the banks concerned at the time was aimed at clarifying whether anti-competitive conduct had been committed, but it did not result in the declaration of an effective deviation of the EURIBOR and, (iii) more importantly, if the reason alleged for requesting the invalidity is the aforementioned possibility of manipulation, if it occurs, what is appropriate is not to declare the unfairness of the clause, but at most to challenge the settlement issued on the basis of a breach of contract".

It is also worth highlighting order number 33/2015 of the Madrid Provincial Court (Section 14), of February 18, issued in the context of a mortgage foreclosure which follows the same conclusion, but goes a step further by identifying the potential victims of the conduct sanctioned by the European Commission and stressing that they, if applicable, should prove to what extent they were harmed by it. It is precisely the lack of proof of the above that has led the same court, years later, in its judgments number 112/2020, of May 14, number 1939/2020, of October 14, and number 80/2021, of February 25 (Section 8, Section 28 and Section 20, respectively), to dismiss the claims filed in this regard. The Valencia Provincial Court (Section 9), which reached the same conclusion in its judgment number 964/2016, of November 30, also highlights the aforementioned order.

Currently, a greater number of the claims filed seek damages in relation to the EURIBOR Cartel (the second group of actions). This is probably a reaction by potential claimants to the judgments mentioned above and due to the greater popularity of this type of action as a result of the litigation that has arisen in Spain in the well-known Trucks case (following the decision adopted by the European Commission on July 19, 2016, in case AT-39824).

In relation to the judgements handed down in second instance regarding this group of actions, we highlight judgement number 84/2022 of the Palencia Provincial Court (Section 1), of February 9, which is the first second instance judgment to rule on the merits of the case and makes the distinction between follow on and stand alone actions. The judgment concludes that the action for damages brought by individuals as a result of the EURIBOR cartel must be considered a stand alone action in which the anti-competitive infringement cannot be directly proven by the decisions of the European Commission, but must be proven by the claimant itself, as they refer to a market other than the mortgage credit market. It upholds the judgment of first instance that had dismissed the claim for lack of proof of such an infringement. See also the judgment of Madrid Commercial Court number 15 of September 24, 2021, which describes in detail the market affected by the decisions of the European Commission, which leads it to state categorically that "there is no decision of the European Commission stating that there has been manipulation of the EURIBOR in the mortgage market with harmful effects for consumers". In a similar vein, judgment number 221/2022 of the Girona Provincial Court (Section 1), of March 9, highlights other aspects of the infringing conduct, such as the fact that the information exchanges sanctioned were intended to influence derivatives, and not only upwards, and that these exchanges were carried out by only 7 of the 44 banks included in the panel on which the EURIBOR is determined, which leads to consider that the damage has not been proven.

The abovementioned judgments also rule on the applicable legal framework necessary to rule on the time-barring objections raised by the defendants in these proceedings. In connection with the above, the Commercial Court of Barcelona No. 11 has referred a question to the Court of Justice of the European Union (CJEU) for a preliminary ruling on this point by order of February 17, 2022, which has not yet been resolved. It should be noted that the question has also been addressed by that court in its recent judgment of June 22, 2022 (case C-267/20, Volvo et alii), in which it ruled on a question referred for a preliminary ruling by the León Provincial Court in the Trucks case concerning the retroactive application of certain provisions of Directive 2014/104/EU and the limitation period for this type of action.

Likewise, we must highlight the rulings issued by the Barcelona commercial courts which reached opposite conclusions. On the one hand, the Commercial Court of Barcelona number 12, in line with the abovementioned pronouncements of the various provincial courts that have ruled on this issue, dismissed the claims for lack of proof of the damage allegedly caused by the conduct sanctioned by the European Commission (see judgment number 151/2021, of July 27, or judgment number 380/02021, of December 21, among others). On the other hand, the Commercial Court number 3 (see judgments number 757/2021, 758/2021 and 759/2021 of July 26) and number 7 (see judgment number 375/2021, of July 21) of Barcelona have issued different rulings. These other courts consider, based on the content of the decision itself and the expert report of the claimant, the damage to be proven. However, they concluded that the damage was minimal, which led them to partially uphold the claims.

Recently, the Barcelona Provincial Court (Section 15) has issued two judgments, numbers 1138/2022 and 1202/2022 of July 11 and 15, respectively, deciding on the appeals submitted against two of the rulings previously highlighted. Both resolutions refer to the decision of the CJEU in the aforementioned judgment of June 22, 2022 (case C-267/20, Volvo et alii) to decide on the exception of statute of limitation  and on the existence of the damage. In this regard, the Chamber indicates that the actions brought by the claimant in both proceedings are not time-barred, as the five-year period established in article 74 of the Act 15/2007 of 3 July, on the Defence of Competition is applicable. However, in relation to the existence of harm, the Court understands that the claimant's expert report does not prove how the sanctioned conduct influenced a market other than the one affected by it and that the defendant's expert report "provides sufficient information and data from which to deduce that the exchange of information in the market for interest rate derivatives denominated in Euros did not have an impact on the formation of the 12-month Euribor". These conclusions lead the Chamber to revoke judgment number 759/2021 of Barcelona Commercial Court number 3, of 26 July, in its judgment number 1138/2022, of 11 July, and to confirm judgment number 151/2021 of Barcelona Court number 12, of 27 July, in its judgment number 1202/2022, of 15 July.

The European Commission puts foreign subsidies on the radar